​Frank Hodgkinson is not only one of the finest Australian abstract painters, but equally a marvellous draughtsman, an exceptional etcher and a most interesting and talented writer. — Lou Klepac, art historian, author and publisher 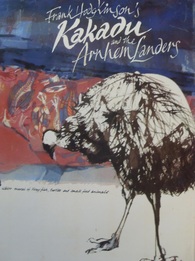 ‘Hodgkinson’s concern is with the total experience of Arnhem Land, with the people and their legends, with artforms and artefacts, with natural history and landform, flora and fauna and, above all, with the spirit that pervades this unique environment. His viewpoint resembles that of the Renaissance, when a spirit of creative exploration and artistic flowering enabled individuals to perceive and record their world in a new light’.

Dr. Colin Jack-Hinton - Director of Museums and Art Galleries of the Northern Territory 1970 - 2002 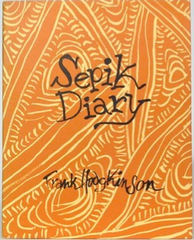 Sepik Diary
Sepik Diary is a sensitive and powerful record of a celebrated artist's 500 mile journey by dug-out canoe along the world's most artistic waterway, and one of its last frontiers... the Sepik River of Papua New Guinea, which is acknowledged as one of the great centres of primitive art.

Sepik Diary speaks for itself as the work of an artist of rare ability, perception and integrity, at home in, and fascinated to the point of obsession by, landscapes, situations and people far removed from the inspirational norms of most Western contemporary artists. To this he has responded with a visual artistic and literary statement of unique sympathy and excellence. 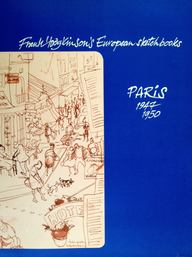 Paris Sketchbook 1947 - 1950
Frank Hodgkinson's visual record of his life in postwar Paris handwritten with accompanying sketches. A unique publication, intimate and profoundly human. His drawings reprinted in actual size from several sketchbooks, are a diary of diversity of living in that mecca of artists and a record of his developing sensibility about the nature of expression, his belief that art is not a religion or to do with attitudes but has to do with a love of life and are a part of the honing of his personal vision. Moments of intimacy are recorded with a sensitivity and elegance which, together with his clarity of observation, ranks Hodgkinson with the great draftsmen of the world.


"These drawings executed with pen and ink and coloured washes, hardly have been rivalled in verve and evocation of the world's most exciting city by an Australian artist, and are really a precursor to Brett Whiteley's Regard de Cote drawings four decades later." Barry Pearce Senior Curator of Australian Art, Art Gallery NSW (1978-2011)

Penseri
"Frank Hodgkinson was not only a prodigous artist of great distinction, but, rather exceptionally, was also a prolific, talented and profound writer ... Throughout his multi-faceted, industrious and very complete life he filled his many sketch-books not only with sketches and washes which he would later develop into major paintings, but also with notes, jottings and lengthier discourses on life in general, his impressions of anything and everything that he saw ... " -- Foreword

Contemporary Australian artist Frank Hodgkinson interviewed by Darryl Hill for the ABC. The artist speaks on his influences including artists Matisse and Goya, his time as a war artist during WWII, and his life in Europe during the 1940's and 50's.